Former Director of National Intelligence James Clapper under the Obama administration went on record once again to deny claims of government spying, but this time it was in response to President Trump’s accusations of secret wiretaps on his communications during the election last year. After Trump’s bombshell claims on twitter that Barack Obama initiated wiretaps […] 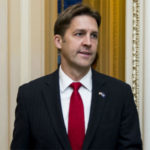 Senate Judiciary and Armed Services Committee member Senator Ben Sasse has issued a statement concerning President Trump’s claims of wiretaps on his communications, which were allegedly performed under the Obama administration prior to the election last year. Senator Sasse suggests that President Trump should seek out the FISA court documents that justified wiretapping his communications. […] 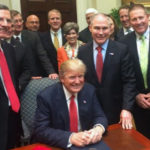 During the administration of Barack Obama the Environmental Protection Agency grew and was given broader power to fine or regulate private citizens, especially farmers and land developers, who fail to abide by their strict (and often unreasonable) guidelines. Under Obama’s “Clean Water Act”, the EPA was given authority over virtually any body of water on […]

Barack Obama may have been relatively silent since leaving office, but according to reports he is quietly preparing for an all out assault on President Trump and his administration, with the end goal being to either force him to resign or have him impeached. According to the Daily Mail, who spoke to close friends of […] 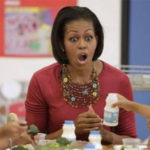 America isn’t the only thing that President Trump is making great again, as more students at Penn-Trafford High School are once again buying lunches since the school has abandoned Michelle Obama’s strict health program. During her husband’s administration, Michelle Obama championed a National School Lunch Program in 2014 that instituted restrictions on what could and […] 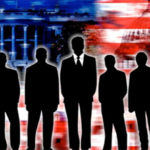 As the Democrats celebrate their perceived victory in undermining national security in order to force the resignation of Mike Flynn, many Americans are looking past the political talking points and wondering just how far the unelected “deep state” is willing to go in order to maintain their power in the government. General Mike Flynn, a […] 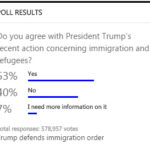 As of 10:36pm (Eastern Time) on January 30th, and out of 578,957 votes, a total of 53% of respondents indicated that they support President Trump’s temporary ban on refugees from countries with a high level of terrorist activities.  Only 40% responded that they do not support Trump’s executive order and 7% said they need more […] 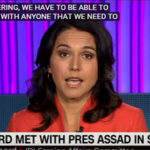 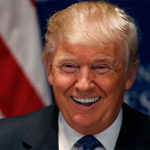 As the mainstream media is busy trying to push any headline to smear President Trump and his policies, Trump’s approval rating is skyrocketing as the public is having a very positive reaction to his executive actions, as he essentially fulfills key promises to the voters in his first week in office. The latest polls from […] 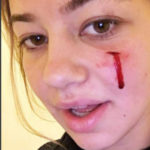 In an under-reported story last Monday, one of the Obama family’s dogs bit a White House guest on the face when she went to pet her. The Obama family owns two Portuguese Water Dogs, Sunny and Bo, which up to this point have been well behaved (at least as far as has been reported). On […] 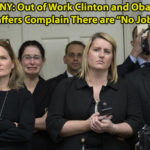 As Donald Trump is set to take office in only ten days it seems soon to be out of work Obama staffers are having a difficult time coping with the reality of having to find a new job. Over 4,000 White House staffers and Democrat party operatives are going to be out of a job […]

Last night celebrity movie star Meryl Streep used her time on the Golden Globes stage to go all out on criticizing Donald Trump, as she cited a fake news story released during the election that claimed that Trump mocked a disabled reporter by making “hand gestures” when criticizing one of his articles (proven false). Trump, […] 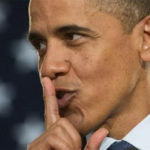 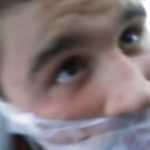 Barack Obama may have had a Freudian slip moment during his press conference yesterday when he was talking about the DNC hack, the alleged role of Russian hackers and the effect it may have had on the election. About halfway through his over 2 hour long press conference, which may very well be the last […]

Perhaps President Obama’s 2 hour long press conference was just too overwhelming for one reporter, as they fell ill and fainted around halfway through.  Obama asks what’s going on and when he finds out it was a sick reporter who collapsed he called in his personal doctors to come and take a look at them. […]

With last night’s report from The Washington Post that the CIA found “evidence” that Russia was involved in “hacking” and trying to influence the election results in favor of Donald Trump, I thought it might be an appropriate time to recall that President Obama fiercely stated that there was no way to rig the U.S. […]

What do most president’s do after they’ve just finished a term in the White House?  Either build a library, start a charity or form a foundation in their name in attempt to preserve their legacy and crave their name into the history books.  In President Obama’s case, he has opted for a library dedicated to […]