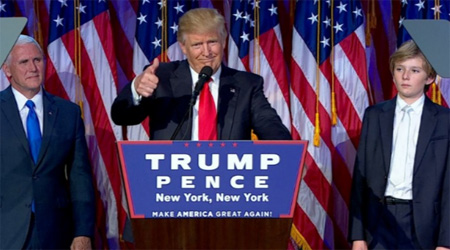 Would you like to contribute stories to Trump-Conservative.com and help fight the furious anti-Trump narrative of the mainstream media?

The fight for constitutional and conservative values doesn’t end at the large new organizations like the Drudge Report and Breitbart, but rather grows from the organic grassroots level from individuals willing to make a stand.

The individuals on social networks and commenter’s on news sites are fighting a daily battle against anti-Trump trolls (many paid for by organizations like David Brock’s Shareblue), and we will inevitably win because actions driven by passion will always overcome those driven by money.

News sites can’t possible report on every important event or reach the entire audience they would like to, and that’s where smaller sites such as this one comes into play.

I started this site after, for the first time in my life, becoming passionate about a political candidate who I believed was truthful, hard working and cared more for America than the pursuit of money or power. That person is President Donald J. Trump.

However, I’m only one person, and between managing this website, marketing the articles and trying to make a living, I need help in order to reach the maximum audience possible.

If you would like to become a contributor to Trump Conservative, please fill out the form below.  Another article or two could go a long way in supporting our president against the corrupt media machine, globalist forces and special interests who want to continue profiting from the hard work of average Americans.

I appreciate any assistance you can offer and thank you for your support of President Donald Trump.