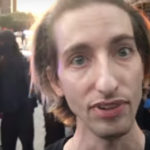 After seeing pictures of liberals and far-left activists having meltdowns or becoming violent during last year’s election, and especially since Donald Trump took office, a common question has emerged among many who witness these outburst Why does there seem to be a similar appearance of weakness, lake of muscle mass and general look of being […]