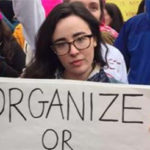 Despite Republicans controlling both Congress and the office of the president, pursuing a conservative agenda is too much to handle for some government officials still present in their positions after being appointed by Obama and past administrations. In the Department of Justice, which has taken a drastic turn away from prior president Barack Obama’s policies […]