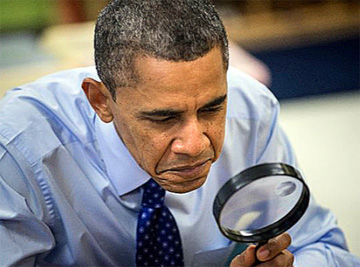 Yesterday Bob Woodward, the Washington Post investigative journalist who did much of the reporting on the Watergate scandal, suggested Obama and his officials could face criminal charges for their role in “unmasking” the names of Trump’s transition team members in surveillance operations.

Earlier in the day House Intelligence Committee Chairman Devin Nunes told reporters that he had been presented with evidence of mass surveillance of Donald Trump’s transition, which took place in the months following last year’s election.

Nunes announced that he has been presented with information from “sources” who came to him, after he requested on Monday that anyone with relevant details come forward to the House Intel Committee, and these details have confirmed that surveillance of Trump’s associates, transition team and likely Trump himself did in fact take place from November through part of January.

“I want to be clear,” Nunes continued. “None of this surveillance was related to Russia, or the investigation of Russian activities, or of the Trump team.”

These reports Nunes is referring to goes beyond the revelation that the intelligence community picked up communications from Trump’s team that were made with foreign representatives, such as the Russian ambassador who was already under surveillance . Nunes indicated that the surveillance did not appear to pursue national security interests, but instead was performed for the purpose of picking up anything and everything Trump’s team members said.

Intelligence operations meant to intercept communications from foreign agents are only suppose to identify the agents themselves, not the Americans who they may be speaking or communicating with them.  The content of those conversations are suppose to be isolated to the foreign agent, while the American citizen remains “masked”, yet in the situation of the surveillance of Trump and his team it appears that was not the case.

Now, Bob Woodward has chimed in during an interview on Fox News yesterday in which he said if these unmasking allegations are true, then it represents a “gross violation” of the law.

“You can learn all kinds of things from diplomats gossiping, because that’s what occurs. Under the rules, and they are pretty strict, it’s called minimization. You don’t name the American person who is being discussed,” Woodward said.  He also said that there are only about 20 people in the intelligence community who can “unmask” American citizens caught up in surveillance.

“But the idea that there was intelligence value here is really thin,” Woodward said. “It’s, again, down the middle, it is not what Trump said, but this could be criminal on the part of people who decided, oh, let’s name these people.”

Since Devin Nunes’s revelation of mass surveillance on Trump’s team it appears the cat is out of the bag, and it may only be a matter of time before the identities of those who ordered this spying are revealed.  Since such a small amount of people in the intelligence community can order an American to be unmasked, you can almost bet that Barack Obama was involved in some way, or at very least was aware of these actions.

Nunes has confirmed Trump’s team was not only surveillance after the election, but that surveillance seemed to have nothing to do with national security, and more to do with spying on Trump’s every communication, perhaps looking for damaging details to leak to the press or even blackmail material.

Is President Trump about to prove a massive coverup and surveillance scandal the likes of which this nation has never seen?  No one knows for sure how deep this rabbit hole goes, but after Devin Nunes informed Trump of the evidence he has uncovered, you can be sure the president will not allow this investigation to be swept under the carpet. 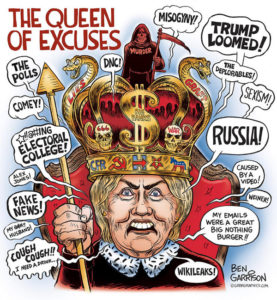