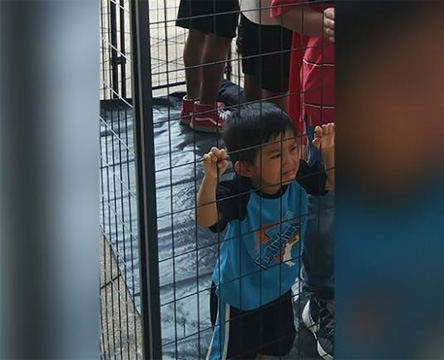 The latest coordinated effort by the media and their Democrat allies to damage President Trump’s administration in attempts to force him to sign an amnesty bill has taken form, as the media has turned to the tried and true propaganda strategy of using children to tug at the heartstrings of voters in attempts to force amnesty through Congress.

For the past week, the mainstream media has been churning out headlines claiming that President Trump is separating illegal immigrant children from their parents in holding facilities, comparing this enforcement of the law to everything from Nazi concentration camps to the internment of Japanese-Americans during World War 2.

It didn’t take long for Democrats and open borders advocates to share a supposed image of a crying migrant child in a cage on social media, causing the predictable outrage from the left at such conditions for children. 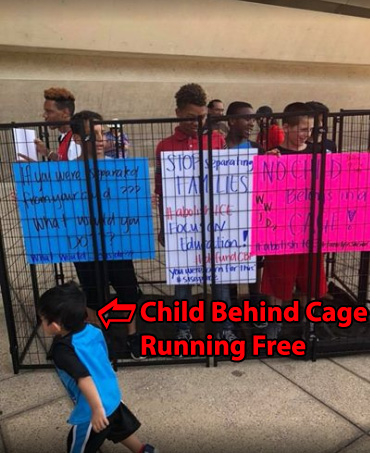 However, even mainstream media outlets like Snopes and CNN were forced to later admit that the picture of the crying child was staged, and took place during a protest against Donald Trump on June 10th.

Many respondents vented anger at the administration’s hardline immigration policies and encouraged people to retweet the photo. “Star Wars” actor Mark Hamill even tweeted — and later deleted — the picture along with the hashtag #UnAmerican.

Vargas also posted the image on Facebook, where it received almost 10,000 shares.

However, the picture was actually taken during a June 10 protest against White House immigration policies at Dallas City Hall, as first reported by fact-checking site Snopes.

Other Facebook photos from the protest, organized by the Texas chapter of the Brown Berets de Cemanahuac, a Latino advocacy group, show the same boy outside the cage as activists hold signs urging the White House to “stop separating families.”

Perhaps the media should be criticizing the open borders advocates for making this child cry in a cage just to try and enhance their political message. If they really cared about children, they would be criticizing using kids as props in a political protest, but I think we all know this isn’t about compassion, but rather it’s the latest in a long line of manufactured media hit pieces on President Donald Trump.

As you can see below, the child pictured behind the cage is doing just fine, was not even at the southern border and was simply being used as political propaganda. 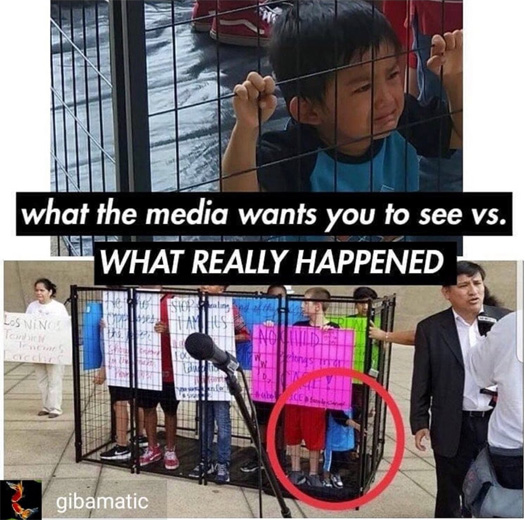 Despite the fact this picture of the child crying in a cage was staged, the original photo was already shared tens of thousands of times, giving the media and Democrats exactly what they wanted. The tried and true strategy of spreading fake news and receiving significant exposure, then issuing a brief correction, appears to be alive and well.

In reality, the entire “children separated from parents at illegal immigrant holding facilities” is a manufactured crisis, as the very same policy was in effect under Barack Obama and previous administrations.

Recall that not long ago another picture went viral on social media, shared by former Obama speechwriter John Favreau, showing illegal immigrant children lying on mats behind a chain link fence, or cage, as the media would call it. 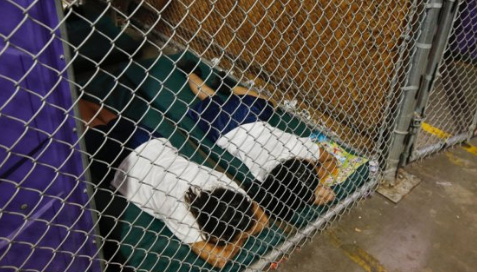 Social media users were quick to bash Trump for his “inhumane” treatment of children, but it didn’t take long for the truth to come out. The picture was taken in 2014 under the Obama administration, effectively having nothing to do with Trump and also proving that children have been being separated from their parents at the border for many years, yet the media never expressed any concern because it was occurring under their savior Barack Obama.

The former Obama speechwriter Jon Favreau had even shared the images on Twitter, mistakenly believing they were taken during Donald Trump’s presidency.

The former officials doubled down on their criticisms of Trump’s immigration policies, and said the 2014 photos showed unaccompanied children the government had been attempting to place with family members.

On June 17, reporters toured a similar government holding facility in McAllen, Texas, where migrant families are separated from one another and held in cages.

The media dropped their criticism of the picture of an illegal immigrant child in a cage immediately after finding out it was taken under the Obama administration, showing their utter lack of compassion and proving once again their current outcries about children separated from their parents under Trump is occurring for no other reason than to damage the president’s image.

Despite the media and left claiming to care so deeply about these illegal immigrant children, they will move on to the next manufactured crisis as soon as they’ve juiced this one for as much political capitol as they feel they can benefit from. As soon as they develop a new “breaking headline” to attack Trump and conservatives with, all of the sudden the supposed plight of these children will go the way of Stormy Daniels, who is barely a byline in the mainstream media despite once being their daily champion against Trump.

Yesterday during a press conference, President Trump laid blame on the current situation at the southern border squarely on the Democrats, as many of them voted for the same immigration laws being enforced today.

“Immigration is the fault, and all of the problems we have been having, because we can’t get them to sign any legislation, I say it’s very strongly the Democrats fault. They’re obstructing. America will not be a migrant camp and it will not be a refugee holding facility. You look at what’s happening in Europe, you look at what’s happening in other places, we can’t allow that to happen in the United States, not on my watch.”

This statement undoubtedly angers the media and the Democrats, as they would love nothing more than the US to become a refugee/migrant camp since the vast majority of those migrants would eventually become lifelong Democrat voters.

Ironically, if the Democrats are really so concerned about parents being separated from their children, while also risking the lives of their children by smuggling themselves across the border illegally, then they should endorse President Trump’s border wall to prevent this “atrocity” from happening in the first place. What better way to keep families together than to prevent the parents from committing the crime of illegally entering a country, putting their children through the dangerous process of people smuggling and risking being separating once they illegally sneak into America?