As Donald Trump reaffirmed his “America First” policy during his inauguration speech, European countries shivered at the thought of having to examine their current contributions to the post-WW2 organization of NATO, as Trump has stated his desire to reevaluate the United State’s role in the alliance.

Only a week before his inauguration, Trump said during an interview with Germany’s Bild newspaper that NATO was “obsolete” and member countries were not contributing their fair share (while also taking an opportunity to criticize Angela Merkel’s disastrous immigration policies).

“It’s obsolete, first because it was designed many, many years ago,” Trump said in the Bild version of the interview. “Secondly, countries aren’t paying what they should” and NATO “didn’t deal with terrorism.” The Times quoted Trump saying that only five NATO members are paying their fair share.

During the election Trump mentioned NATO during several of interviews and speeches, pointing out that America is by far paying the most into the organization while most the countries are getting away with paying less than half of what we contribute.

According to the NATO defense spending totals from 2010, Trump was right on the money with his assessment of most countries not even coming close to spending the amount that the United States does.

When countries enter NATO they agree to contribute at least 2% of their GDP to national defense, ensuring that each country’s military is capable of putting forth the necessary resources to help defend each other while not leaving themselves defenseless at the same time.  However, it appears Trump was right once again when he said only 5 countries are meeting the spending target; Estonia, Greece, Poland, the UK and America. Of course America is spending the most at 3.6% of their GDP being allocated on defense, which makes sense since under Obama we were sending resources all over the globe to defend other country’s borders, while leaving our own wide open.

For decades now most NATO countries have gotten away with minimal spending while relying on the American taxpayers to pick up the bill.  Although mainstream media pundits are describing Trump’s foreign policies as “isolationist”, it seems like he is more focused on the concept of fairness while at the same time is tired of seeing America always picking up the slack when it comes to funding other countries.

In fact, Trump has long criticized America’s spending habits and foreign aid packages around the world, as back in 2014 he tweeted that, “I hope we never find life on another planet because if we do there’s no doubt that the United States will start sending them money!”

I hope we never find life on another planet because if we do there’s no doubt that the United States will start sending them money!

The sad part of that statement is that after enough time went by, America would probably start sending “space alien aid packages” across the galaxy to whatever other civilizations they came across.

Critics and politicians wonder where President Trump will get the funding for all of his revitalization projects without raising taxes, but it seems to me there’s enough taxpayer money being wasted (in addition to trillions being borrowed) to rebuild our country five times over.  By eliminating a fraction of this waste, Trump will have more than enough to spend on projects that actually benefit the American citizens.

First Family of The United States 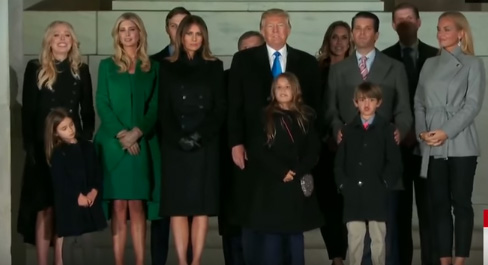 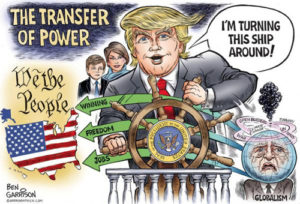