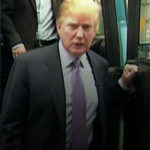 If you’ve listened to any mainstream news channel or have logged onto the Internet in the past few days, then you’ve likely heard the latest media blowup involving Donald Trump and the “heart-stopping” words he spoke 11 years ago. On Friday, a recording of Trump from an interview with Billy Bush in 2005 was conveniently […] 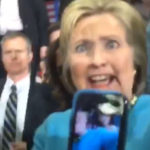 Below is a video that was tweeted out by political news website Regated, and is a great way to spread the “Hillary for Prison” message. Hillary Clinton says “Let’s Make It Happen” when told “Hillary for Prison!”#HillarysHealth https://t.co/Ai3p08I7Ry — REGATED (@regated) September 18, 2016 On a side note, after watching the video a few times […]

With Donald Trump’s rise in the polls over the past few weeks, his focus on policy and lack of any major mistakes the media pundits are starting to feel a bit nervous about this year’s election. Josh Barro, over at the Business Insider, wrote an editorial yesterday titled, “My gut worry about the polling shift […]

Donald Trump sure is being blamed for a serious amount of problems afflicting our country, at least according to Hillary Clinton and media pundits. On Monday, while delivering a rally speech in Cleveland, Hillary Clinton suffered what many are calling “the worst coughing fit ever,” During her speech, Clinton went into a coughing spell, while […] 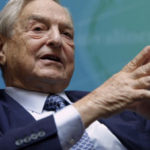 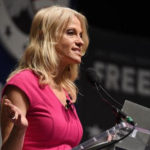 In what is being described as a carefully scripted event to make a joke out of claims that Hillary Clinton is in poor health, she opened a jar of pickles on the Jimmy Kimmel show last night to prove she suffers from no medical ailments. Recent news reports have shown Hillary Clinton seeming to appear […]

The latest LA Times national presidential poll is showing Donald Trump within 1 point of overtaking Hillary Clinton, bouncing back from a considerable deficit over the past few weeks. LA Times currently has Trump at 43.4% and Clinton at 44%, a different of only 0.6 points. We have seen Trump leading Clinton by a healthy […]

There’s been a lot of attention paid to Hillary’s health recently, and for good reason considering she did suffer a concussion after fainting in December of 2012, and rumors have circulated since then that she has not been forthcoming about her entire medical history. Only in the past few weeks, images and videos have appeared […]

This election year, Donald Trump has leveraged social media like no other presidential candidate before him, and he may very well write the playbook on this strategy for future elections to come. Reddit, a massive social network composed of millions of users all over the world, has been one of the most fiercely contested areas […] 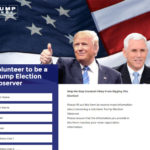 Donald Trump is asking the voters to volunteer to be election observers to help prevent the temptation of Democrats (or even disgruntled members of the Republican party) to behave unethically during this year’s presidential election. In what is being described as an “unprecedented” move by a presidential candidate, Donald Trump’s campaign website launched a form […] 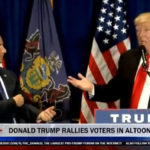 Despite recent mainstream media polls, conducted by known anti-Trump outlets like NBC/Wallstreet journal, Donald Trump has a real chance to take Pennsylvania this November.  If you dig deeper into many of these polls and the metrics that the companies used as a sample size, you will find instances of oversampling of Democrats along with other […]

I guess this means no new dogs for Hillary Clinton if she gets in the White House…or if there is one, her staff better keep it away from her.  Perhaps she will get a dog just to do some press photo shoots to make her appear more human, because as millions of voters already know, […]

Clint Eastwood, one of the last bastions of manliness and pride in a liberal Hollywood, has blasted the politically correct culture along with the Democratic party’s use of “pawns” like the Khan family.  Personally I’ve been waiting to see what Eastwood would have to say about this controversial election year, as he doesn’t just play […]