UPDATE: Police have confirmed that only 1 attacker was involving in the shooting, and it appears he had killed himself at the end of the shooting spree.  Details on his identify have yet to be released.

At this time, none of the attackers haven apprehended and it is being reported that at least 3 were involved using multiple types of firearms.  9 people are being reported dead, at least 10 injured.  The main attack happened at the Olympia Shopping Center in Munich, Germany.  Witnesses are saying that the shopping center gunman screamed ‘I’m German’ and ‘Allah Akbar’ before shooting.

Perhaps the most shocking part of this attack, is that it’s being reported an attacker was targeting children at the McDonald’s located within the shopping center.

A woman named Loretta said she was in the McDonald’s when the man with a gun came out of a bathroom and began shooting.

She told CNN: ‘I come out of the toilet and I hear like an alarm, boom, boom, boom. He’s killing the children. The children were sitting to eat. They can’t run.’

Loretta said she had been in the bathroom at the same time as the shooter, with her eight-year-old son. She said the man yelled: ‘Allahu Akbar!’

Reported gunman on roof of parking lot in Munich.

Gunman outside McDonalds in Munich

Earlier reports are saying that one gunman identified himself as German, and said he wanted to kill foreigners.  Regardless of the motive, this attack comes on the heals of several events across Europe including the truck attack in Nice, France by a radical Islamic terrorist and the axe attack on the train station in Germany purported by an Afghan refugee.

I am interested to see the outcome of this attack, the motives and the response from the mainstream media.  No matter what it ends up being, it appears the world has become increasingly violent, at a time that Obama has insanely claimed, “The world has never been less violent.”

Words, that there is no way he can actually believe, and even fewer citizens can possibly take to heart.

Yet, Obama insists the world is peaceful, so despite these mass attacks, then it must be so…

A gunman shouting ‘Allahu Akbar’ opened fire at children in McDonald’s before rampaging through a shopping mall, killing at least eight people.

Munich is in lockdown tonight, as a major police operation is ongoing around the city’s Olympic Park, with the force warning people to stay in their homes and avoid public spaces.

A ninth body has been found tonight and investigators are looking into the possibility of it being the attacker.

Terrified shoppers were seen running for their lives from the Munich Olympia Shopping Centre, in the district of Moosach, after hearing gunshots.

Witnesses said that the gunman screamed ‘I’m German’ and ‘Allahu Akbar’ before shooting at children.

A woman named Loretta said she was in the McDonald’s when the man with a gun came out of a bathroom and began shooting.

She told CNN: ‘I come out of the toilet and I hear like an alarm, boom, boom, boom. He’s killing the children. The children were sitting to eat. They can’t run.’

Loretta said she had been in the bathroom at the same time as the shooter, with her eight-year-old son. She said the man yelled: ‘Allahu Akbar!’

A huge manhunt has been launched across the city, including snipers in helicopters. Police said they believe there could be up to three gunmen who are on the loose. They issued a warning to people, saying: ‘There are shooters on the run who are dangerous.’

Murat T described seeing ‘lifeless bodies’ in the restaurant when he went to look for his son Orhan’s friend.

Orhan said he heard gunshots while on the phone to his friend, before the call cut out. He said: ‘We no longer reach him. Not even his parents. He is like my brother.’

A video purporting to show the shooter, dressed in black, firing 20 shots has been posted on Twitter. The footage shows him outside the McDonald’s directly outside the shopping centre.

In unverified footage, a man with dark hair, wearing a black t-shirt and denim trousers, appears to take aim at people, including children, outside the McDonald’s restaurant near the Olympia-Einkaufszentrum metro station.

He raises his arms, apparently holding a shotgun, and appears to fire at people outside the restaurant, who can be seen running for cover.

The sound of multiple shots being fired can be heard as shoppers and passers-by run for cover. People were seen fleeing from the building in another video posted on social media.

The gunman, when he walks across the roof of the car park, shouts out: ‘I am a German!’

The man who is abusing him then shouts out; ‘You are a w*****!’ The gunman tells him to ‘shut your trap.’ Then he fires more shots and the rest of what is said is unintelligible.

The area around the Munich Olympia Shopping Centre, in the district of Moosach, has been sealed off as emergency services try to control the situation. Snipers in helicopters are circling the city from above, according to Bild.

An electrical shop next to the shopping centre is being used as a makeshift hospital to treat the casualties.

Off-duty doctors and nurses have been summoned to hospitals in Munich, with a hospital spokesperson telling DPA: ‘The alarm for a ‘mass attack’ has been triggered.’

Police have confirmed that there at least eight deaths as a result of the incident and German media have reported there may be up to 15 killed.

Chief of Munich Police Marcus Dagloria Martins said: ‘We are at the moment after three attackers. We have about 100 people on site and we are trying to evacuate people from the site. Our priority is to catch the attackers at this stage and then we will inform you again.

‘We were first alerted when somebody entered the shopping centre with a weapon and we rushed to the scene. We are doing what we can. The emergency calls that an armed man was on site. All emergency services at scene are for Munich but we are also looking at back up from the region.

‘What can I say about the attackers is that up to now there are three that we know of and that is all the information I can tell you at the moment regarding the shooters.

‘They used a short handgun or a pistol of some sort, that is what I can tell you.

‘We closed down not only that area but the surrounding area. I’m hoping you will share all your information and videos with us as this will give us clues and help us track down the shooters. We are asking people to send in their videos.

‘Our main priority is the security of the population. This is my first time in such a situation.

‘We cant tell more about the situation. All I can tell you is what I’ve told you so far. We will update you as soon as we can.

‘There are a lot of rumours flying around at the moment and all I am saying to you is what I can tell you for sure. We are telling the people of Munich that there are shooters on the run who are dangerous. It is too early for me to make any other comments on the shooters at this stage.

‘This is the biggest police operation in the last 10 years that we’ve had to deal with. You must trust your local police. The Munich police is very well trained.

‘Firearms are a huge problem in this particular incident. We urge people to stay indoors and help us with our work and I’m calling on media to help us carry out our jobs.

‘We’ve managed to evacuate people from inside and hopefully brought everyone to safety. There are people who have been traumatised by this and I can tell you they are in the double figures.

‘We have to treat this as some form of a terror attack as it is an attack with weapons but as to what is behind this we don’t know yet.

#We are also watching these videos people have been showing but you must give me time to analyse these properly.’ 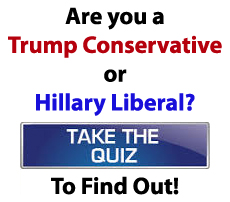