Irony abounds as two Democrat Senators helped a pair of Muslim athletes from India avoid travel restrictions, which allowed them to enter the United States to engage in am international snow-shoe race in Saranac Lake, New York.

Senate Minority Leader Chuck Schumer and Senator Kirsten Gillibrand (D-NY)  reached out to the American embassy in New Delhi after visa requests for Abid Khan and Tanveer Hussain were denied.  Hussain and Khan were attempting to enter the U.S. to take party in the Saranac Lack International Snow Shoe Race, which was a sport they practiced in India.

After their visas were denied, local school students wrote letters and petitioned their state Senators to allow the two Muslim athletes to enter the country.  Local residents even helped raise funds to pay for their travel expenses, greeted them with open arms and treated both like rock stars.

The Indian snowshoe team became a cause for local residents, who campaigned to bring them to the Adirondacks, assisting with fundraising and other logistics.

Earlier this week, Knight reported for NCPR that Hussain was welcomed warmly by Saranac Lake. “It’s amazing to be here among the people of Saranac (Lake),” said Abid Khan, also from the Kashmir region of India. “Everyone is welcoming us with open heart, hugging us, offering us something. It is amazing.”

The warm welcome and special treatment didn’t sway Hussain from breaking the law while staying as a guest in America, however, as only days after his arrival he was arrested for engaging in sexual activities with a 12-year-old girl at the race.

Saranac Lake Police Chief Charles Potthast told Fox News that the charges, one of first-degree sexual abuse, a felony, and another of endangering the welfare of a child, a misdemeanor, stem from Hussain “engaging in a passionate kiss” with a 12-year-old girl, and accusations of the athlete touching her over her clothing in an “intimate area.”

Barrett, who has entered a not guilty plea for his client, said the girl “had been following him around all week. But that’s really all I can say on that.”

Hussain was arrested Wednesday after Saranac Lake Village police received a report of the alleged incident, which was reported to have happened on Monday.

Hussain claims that because the 12-year-old girl was “following him around all week” that it somehow justifies taking advantage of her, which perhaps makes sense in his own culture, yet in the Western world a young girl could be observing someone out of pure curiosity (assuming his statement is true in the first place) or any number of other reasons beside to engage in sexual acts.

The Saranac Lake Village Police later released a statement on the accusations levied against Hussain, which constituted a felony charge, and the suspect remained in custody as his lawyer lobbied for his release over the weekend.

In a statement released by the Saranac Lake Village Police, officials accused Hussain of engaging in a “passionate kiss” with a 12-year-old girl.  “He further was accused of touching her in an intimate area over her clothing,” police reported, adding, “There was no accusation of force.  The charges result of the age differences of the individuals.  There were no other allegations made against Hussain.”

Although the statement includes the phrase “there was no accusation of force”, indicating the 12-year-old girl and the 24-year-old Muslim engaged in a consensual act, the entire reasoning behind statutory rape laws is that individuals cannot grant consent until they reach a higher level of maturity to make that decision. The age of consent varies by state, but on average is at the age of 16, although some states range anywhere from between 14 and 18 years old.

No where is it legal for a 24-year-old to engage in these activities with a 12-year-old, which Hussain is now finding out the hard way.

When reached for comment, Democrat Senators Chuck Schumer and Kirsten Gillibrand confirmed they indeed did reach out to the embassy to aid Kahn and Hussain in entering the country, yet justified their actions by saying they often assist local communities that as for help, referring to

“As we often do when local communities ask for help, at the request of Saranac Lake we helped to navigate the visa process so these athletes could compete at a local competition. The charges against one member of the group, who is accused of a serious crime and abusing our visa program, are extremely troubling. If he’s found guilty, he should be punished to the fullest extent of the law.”

Gillibrand’s office had a similar response, adding that the charges are “extremely serious.”

Barrett told Fox News that he is under the impression that Rep. Elise Stefanik, R-N.Y., was involved in helping speed the process as well. “Our office simply inquired with the embassy as to why his visa was originally denied,” a spokesman for Stefanik told Fox News.

This is by far not an isolated scenario, as many countries that have opened their borders to migrants have seen a dramatic increase in crime, particularly incidences of rape. Sweden, which not too long ago enjoyed a very peaceful and low crime society, saw a dramatic rise in rape cases in recent years after embracing open immigration policies.

After a few years of open borders, Sweden now has the highest number of sexual assaults in Europe, and as of 2015 they ranked number two in a list of highest rapes per capita in the world, surpassed only by Lesotho in South Africa.  It is estimate that since taking in hundreds of thousands of migrants Sweden has seen a 300% increase in violent crime along with a 1,472% increase in rapes.

President Trump’s travel ban, although focused on preserving national security, doesn’t seem so far fetched as a method to help prevent America from seeing startling increases in crime and rape, as many European citizens are now dealing with after years of open borders.

Leave it to the Democrats, however, to undermine any policies that protect Americans so that they can feel good about themselves and pursue their social justice ideals at the cost of the average citizen’s safety. 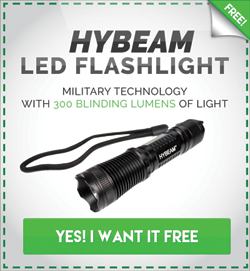 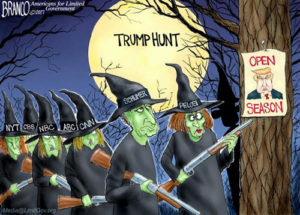