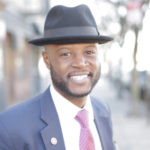 For decades the Democrats have had a virtual monopoly on minority support, particularly African-Americans, culminating in 2008 when Barack Obama received a staggering 95% of the black vote. This year, however, Donald Trump is making a strong case to minorities and urban residents, claiming that after years of Democratic party governance they have found themselves […]

Wally Maslowky, a 69 year old supporter of Donald Trump in Michigan, has found a unique way to show his support for his preferred candidate this year. At least this is one Trump sign that can’t be stolen or removed, and the owner won’t have to set booby traps to catch sign thieves, as some […]

This year, perhaps the most risky object you could place in your yard is a sign with the name of the Republican presidential candidate, Donald Trump. Ever since the primary elections, voters who have put Trump stickers on their cars or signs in their yards have woken to find them stolen or vandalized.  If the […] 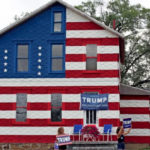 Donald Trump has spent his campaign visiting areas of the country that have been hardest hit by the offshoring of jobs, trade deals and the shuttering of factories, which has given many lifelong working class Democrats a reason to switch sides this election year. Across the rust belt, in states like Ohio, Pennsylvania and Wisconsin, […]

There’s been a lot of speculation, opinions and critique over the first presidential debate on Monday and who many have “won”, but the only real winner is the candidate who managed to sway the most undecided voters. Debates aren’t likely to change the minds of voters who have already committed to a candidate, particularly Donald […]

The most watched debate in history with over 80 million television viewers has been analyzed up and down by both mainstream and independent media figures alike.  Donald Trump and Hillary Clinton went head to head on Monday night, with viewers anticipating a fiery battle of words, while wondering if Clinton could even make it through […]

Following Monday’s debate, media pundits were quick to analyze every word spoken to determine a winner, who would receive a boost in the polls and what impact it would have on the election. If donations are any indication of a successful debate, then Donald Trump clearly wins this round.  In the 24 hours that followed […] 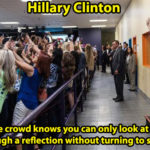 The original report of this photo was to illustrate how modern social media had made people more concerned with their own appearance, and online “fame” by spreading selfies with famous individuals, rather than enjoying the moment itself. It seems the crowd isn’t as concerned with seeing Hillary Clinton herself, but rather trying to impress their […] 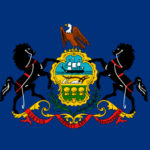 In what has shaped up to be a vital battleground state this year, Hillary Clinton and Donald Trump are within only 3 points of each other according to the latest Pennsylvania poll. The Muhlenberg College/Morning Call that when the poll shows Clinton’s lead in PA striking from 9 points last week, to now only 3 […] 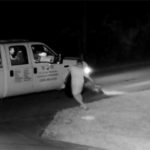 Ever since Donald Trump first announced his candidacy, and yard signs for his primary run began to be placed in supporter’s yards, there have been numerous cases of vandalism/theft of those signs. In addition to signs being stolen, reports have also surfaced of people’s cars being vandalized for having Trump bumper stickers supporting the Republican […]

In a stunningly bizarre pre-recorded video address to the Laborers International Union of North America, Hillary Clinton shows a surprising side as she asks the rhetorical question, “Why aren’t I 50 points ahead?” The 58 second video shows an almost “manic” Clinton making a plea to the Labor Union that she will fight Trump’s “so-called right […]

After a 24 hour manhunt for the suspect accused of killing 5 people at  the Cascade mall in Washington state yesterday, reports are now circulating that the shooter is in custody. The identity of the shooter is 20 year old Arcan Cetin, a man of Turkish origin.  Original reports indicated that the suspect was a […]

A manhunt is underway in Burlington, Washington as 3 women were killed and 1 man critically wounded by a shooter who is currently on the run. Initial reports indicate that the shooting took place at the Cascade Mall in Washington at around 7pm local time, and that citizens were ordered to shelter in place as […]

Ted Cruz, who failed to endorse Republican nominee Donald Trump for president during his speech in July at the RNC, seems to have a change of heart and officially released an endorsement. Cruz was offered a speaking slot at the RNC by Trump, even after a particularly vicious primary season, and was given the freedom […] 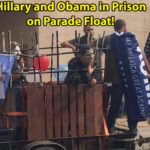 A float for the Tri-state Parade in Amarillo, Texas apparently caused a stir on social media by featuring two very prominent Democrats in a prison cell. Some of the participants in this years parade made a float that looks like a jail cell, with a man wearing an Obama mask and a woman dressed up […]

Hillary Clinton appeared on the Jimmy Fallon show last night where she was literally given a paper bag full of “softballs”. The actual softballs weren’t what caught the attention of some Twitter users, however, but Hillary’s joke about the homeless did. Hillary BOMBS Fallon: “It looks like a homeless person’s”. She has NO idea what […] 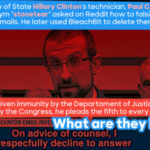 Earlier today, social media sites were flooded with reports that one of Hillary’s IT administrators, Paul Combetta, sought help in 2014 from Reddit users on ways to delete emails from her private server. Some cleaver Internet sleuths found out that Combetta went by the username “stonetear” on Reddit, a massive social media website where you […]

Hillary Clinton was hitting the campaign trail again today, focusing on reaching out to millennials at Temple University in Pennsylvania, a state that is shaping up to be very competitive this year. Millennials have been a key target demographic for the Democrats over the past decade, and showed up in force for Bernie Sanders during […]

Reports are now circulating that Paul Combetta, the IT professional hired by Hillary Clinton to manage her private email server, had asked online social media members on how best to eliminate the evidence…permanently. Paul Combetta was an employee with Platte River Networks, the IT firm hired by the Clinton staff to administer her private server, […]